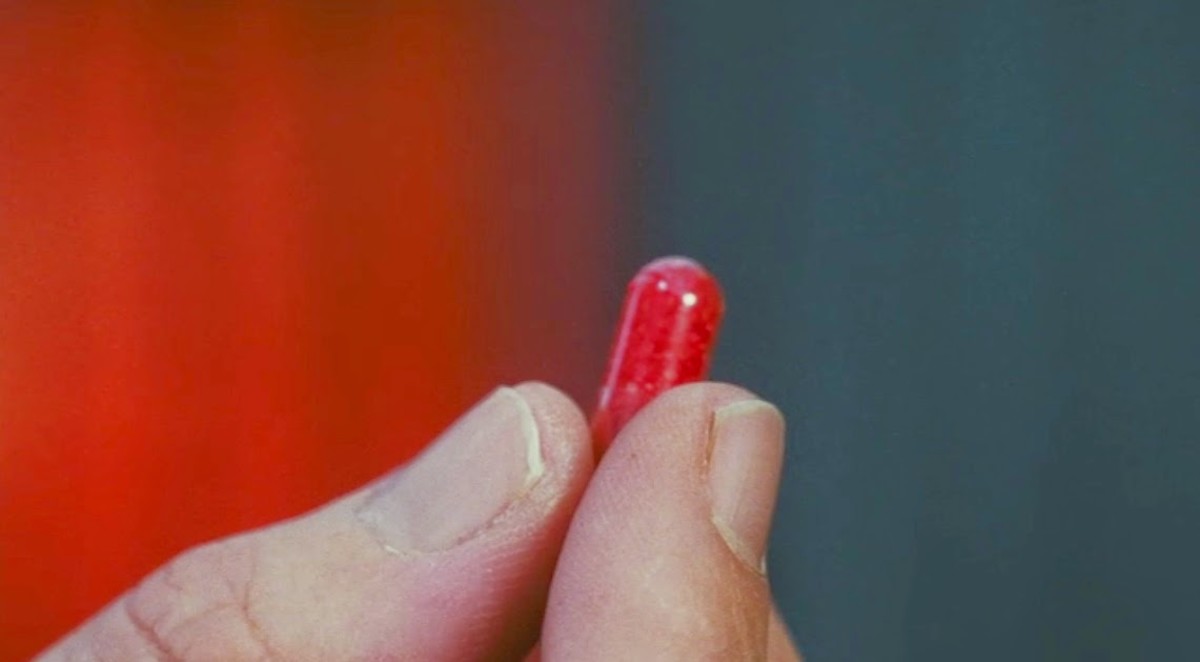 Re-watching Total Recall last night, I noticed that the pill which would wake Quaid from the dream (or not?) was indeed red. While most associate the RP with the Matrix, the TR version is a great deal more apt, as it isn't a plato's cave allegory pretending it's the insights of Deleuze. It's about whether you are asleep and in a dream, or not.

Much of the American mythos is in fact a Dream, it's even in the name: "The American Dream". The nature of the dream is therefore the nature of the Red pill, as it is implicitly an antidote to the dream serum. The core myth behind the dream must be something with buy in on all sides of the political spectrum; and that myth is blank-slate equalism. In America, you can be who you want to be instead of who you were created by god to be.

Which gets down to the uncomfortable reality of it all. Even people willing to wake up to sex differences (as acknowledging these won't get insta-bans) won't do the same for racial differences. It's so bad that people even consider "Wake up, America!" to be a dog-whistle for Neo-Nazism, when it can in fact mean a variety of things. The thing it really means is incredibly dangerous: when the sleeper awakes the god of the dream dies.

This is what is essentially meant when people say "God is Dead, we killed it". The trouble is that "It's dreams all the way down" and like Quaid in Total Recall, you can't ever really be sure you walked out of Plato's cave into another. This is why "waking up" usually involves all sort of nonsense. Lord knows the alternative narrative is at least as chock-full-of-nuts as the successor ideology is.

Nevertheless it's important to note that even the "Successor Ideology" describes itself with dream language: Woke. It is of course a different tack -- if there are only dreams, build your own, yanno? The question then becomes "What dream wins, if any?" The world becomes a titanic struggle for power, forever chasing CHIM.

This of course makes a fundamental error. The only reason it's dreams all the way down is because you are a dream of god. The interesting bit lately is that a significant portion of the Woke have come to believe existence is all a computer simulation. This is just a way of re-stating the obvious in a way their ideology will allow.

Mystical experiences have always been dominated by the dream world. Shamanic chemicals essentially open the path while conscious. This is the font from which all miracles flow, as it is through our dreams that we change the greater dream itself. That said, we cannot fundamentally change god; only the dream. As we are made in his image, we also cannot change what we fundamentally are simply through wishing it.

Knowing all this, what then do we do? Rejoice in the implicit advantage and drawbacks dealt to us upon our birth and subsequently. Recognize that the only way to understand each other is through practice. Be happy that people specialize in all economic realms, even the reproductive and cultural.

It beats being a black-pill loser and taking your ball home, or being a whitepill dork trying to change the dream (we gon FIX IT!) Make your dream the best one it can be. The experience of paradise is to dream God's dream. This truth sets you free, as it allows you to safely ignore most things; they are just BS dreams of others with no meaning.