There's really only one relevant issue to our government at the moment, and that is whether or not to raise the debt ceiling. At first glance to most people, this would be a no-brainer, since the immediate consequences of not raising the ceiling are quite severe, as government checks start bouncing sometime in march-April. However, what people do not talk about is that the day when government checks bounce is coming whether we raise the ceiling or not; it merely comes later if we decide to kick this can. This is for several reasons:

If we go ahead and keep borrowing despite the above factors, this has several interesting consequences:

Do you see where this is going? Eventually we get to the point where no rate above zero allows us to pay down our collateral, regardless of our attempts to grow revenue. The predictions differ on how long this will take, but most of the smart money is on about 2-3 years tops. Add the unemployment picture, and near the end the misery in this country will be close to what is described as "financial armageddon" by those who have analyzed what not raising the debt ceiling will do. And that's if "bond vigilantes" don't make us default first by refusing to lend without punitive interest!

As always, when given the choice to take our lickings now, or later (but with more lashings); we will opt for later and regret it in a big way when the reckoning day finally comes. The form it will take is still up for grabs; nobody knows whether it will be a zim-style printing, a simple shutdown of the government until it saves up enough revenues and reduces expenditures to function once more, or a bloody revolt when the government steals everything they can get their hands on to cover obligations.

I personally am leaning towards the latter; as riots will likely grip the country when people realize that their SSI, Medicare, Medicaid, Welfare, Unemployment Insurance, Food Stamps, and Social Security checks are going to bounce soon. Our government is well prepared to institute martial law in response (which is the only response governments have EVER had to such situations, anyways); this will be a good excuse to get away with any confiscatory scheme. As an added bonus, (what is left) of the USA has a high probability of escaping the situation with a dictator.

If the government does the hard (but right) thing, and shuts down, we can expect nearly all federal land to be sold in short order, and the old budget thrown away and replaced with something more sensible. Now congress is talking about bringing spending down to 08 (2008) levels; but when they get really serious here, they'll be thinking more along the lines of 1908 levels. Some states/territories (AK, HI, PR, Guam in particular) may be sold to other nations.

If we hyper-inflate, the USA is hosed. Expect the worst of both previous scenarios, but with famine added to the picture. Note that in all of these scenarios, we can expect secession from one or more states when they realize there is no benefit to being in the union any longer.

In short, this is how I learned to stopped worrying and love the congress. It does not matter what the government does anymore, really; we end up in roughly the same place anyways. The only thing personally to do is try and escape notice as hard as possible, whilst secreting away what you can. I must admit, that Thundering Mogambo Moron (TMM) was right all along.

Don't Belive me? Timothy Geithner has something to say about that - so do others.

Last year I started to use Google reader to follow things in the news, and to keep up with what other folks I knew thought interesting. This has been quite the mind sharpening exercise, if only because the amount I read went up from roughly 100 pages to about 200 daily. As a result, I've learned more than I ever expected; certainly more that was useful then the entirety of my schooling. Also, through the comment system there, I've gained a lot of clarity of thought through the argumentation facilitated there. However, the more one reads and writes, the more one wants to; it's a vicious cycle that ends with one being a pompous windbag at worst, and an opinion leader at best (and sometimes both!) With that in mind, I've decided to descend even further into said madness and become the worst kind of degenerate scum; a blogger.

When I thought about it, I realized that I'd forgotten what the word "blog" even meant; I suspect nearly everyone has. I think it was a log on the web (shortened weblog), but I think journal always a bit more apt. Digression aside, I realized there was a choice ahead of me; that being how I wanted to go about it. There are two main distinctions in blogging, and I had to come down on one side or the other, and it all has to do with comments.

The traditional blog has comments below each post; and roughly anyone can post fairly easily. This has lots of drawbacks however, the main one being the excessive amount of moderation required due to rampant spam and shitposting. A blog has to become very large before enough people care about it to have anyone insightful in the bunch commenting. Until then, you have to deal with the depressing prospect of either no comments, bad/useless comments, and spam being the only comments at all. If you've ever seen the comments on youtube videos, this is what I'm talking about.

As you must have surmised by now, I am not too keen on that idea. I built this site around the principles that involve me doing as little work as possible; Nearly everything is just dynamically generated based on files I just unceremoniously dumped in some directory. Also, due to running a BB for a while (and doing so again), I hate spam comments with an extreme passion. Though I know such can be kept under control (I have administrated wordpress blogs for folks), I know it's more work than not having to deal with it. So, I looked at a decidedly different model; disallowing comments completely.

This is not a decision to be taken lightly, as comments can add lots of value; Indeed some blogs have comments that are far more insightful than the original post! However, this does not mean one cannot have a good site without them; on the contrary, most web 1.0 "internet celebrities" basically just posted essays and corresponded by email. Some would post up some of the interesting mail (or hilarious hate mail), and thus preserve the spirit of comments. Also, with the advent of things like Google reader, folks can still make meaningful comments amongst themselves. I've found that commenting on stuff only your friends are seeing decidedly stops spam and shitposting.

So, I decided I'd take the old-school approach, and tell everyone to just mail me, comment in the forum, or get on irc if they want to talk about it. Hopefully this will force me to write higher quality posts that don't reek of USI like all mine so far.

Back to how much I rule

I wrote this blog system in less time than it took to set up wordpress.

I never have to worry about any spam either. Shit is SO cash.

If you want to comment, make a thread in the forum and I'll link to it.

First responder was the man's mom. Truly heartless psychos on the force, as usual.

Disgusting psuedoscience used by kops to take your life. 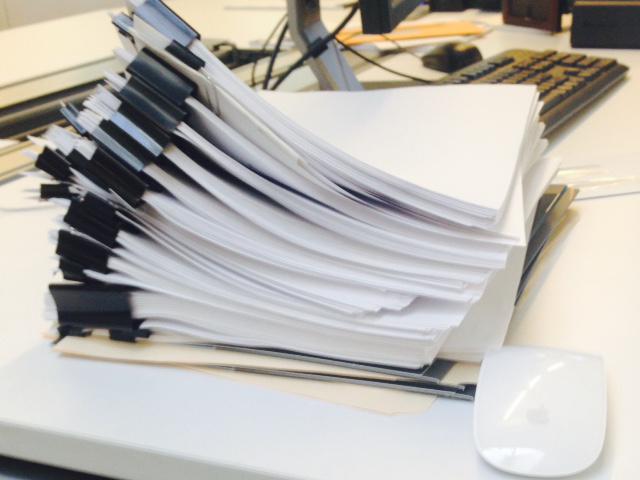 Gee, thanks for the 50,000 people fleeing the IS gang that you created, 'Murica.

Clearly the price of three pieces of silver have gone up lately...

DetRiot citizens repairing the roads Themselves 🔗 1439026925

He's attempting to take the cronies down a peg by "abusing" a process which would invalidate big pharma patents. As such, he is being demonized.

Not being on public assistance: worse off until you make $80k/year. Welcome to the reservation.

As always, the state hates how the churches can transform communities that it cannot.

And re-affirmed by Barack Obama just days ago! Even he doesn't read his own EOs.

Crocodile tears from criminals who hack every government on earth

Doesn't fit the FedGov narrative that we need to nationalize the police force to protect minorities.

Pattern recognition at it's finest

Why the effective become more so, until they are burnt out in organizations.

Would be awesome, since anything rockets can get into space aren't thick/massive enough to stop cosmic rays.

Legalizing prostitution would be better for society than this, I think.